During the creation or modification of a User Journey scenario, you will have to manage a series of steps. A step is composed of a name, a description, a series of actions (interactions or control), potential corresponding alerts and a position within the scenario (steps are executed sequentially). 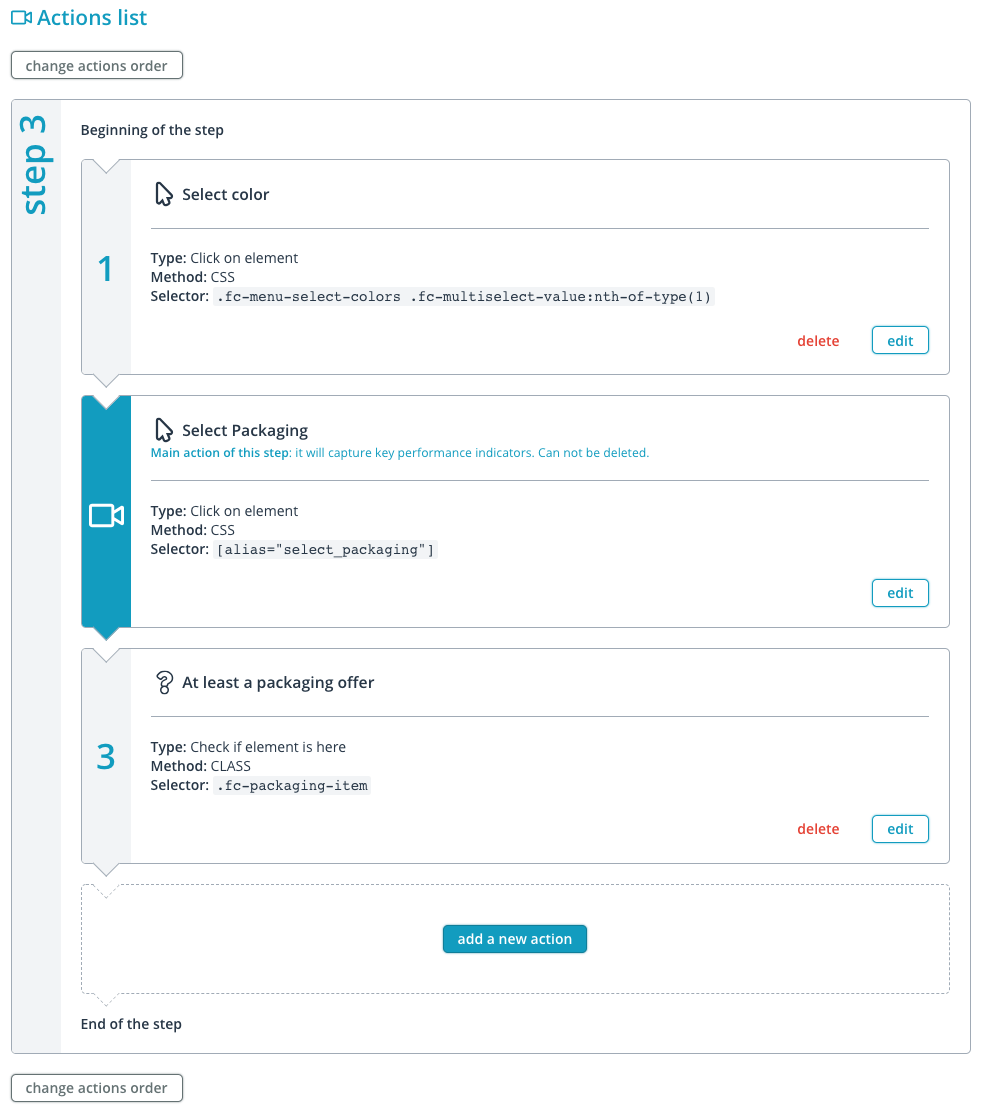 Each step contains one and only one main action, triggering the performance test of the step ( network traffic listening and video capture). Other actions can precede or follow the main action to interact with the page (clicks, text entry in forms) or perform controls.

Any creation of a new scenario immediately gives access to the first step creation screen. To add a step to an existing scenario, you can go on your scenario page, then use the "Actions" menu, then "Modify scenario", then click on "add a new step".

A form then asks you for the name of the step, which will be used in our interface as well as in our various emails.

TIP!
During the creation of a step, you can define it as a "technical step". In a technical step, there is no "main" action, i.e. no action that collects representative data from the loading of the step. You can use the technical steps to perform several interactions that generate HTTP requests, without measuring the performance of these exchanges. Technical steps can, for instance, be used to authenticate a user before a scenario or to fill in an AJAX form that triggers HTTP requests.

To delete a step, go to the bottom of the editing interface of the concerned step. Deleting a step is final and involves deleting the execution history in the monitoring results page.

Back to Table of Contents